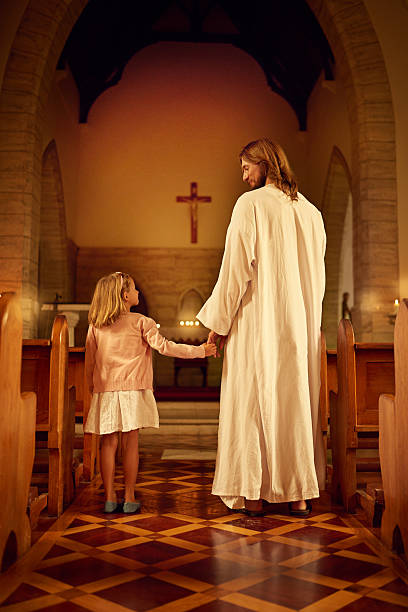 As a little girl skipping down the shiny hallways at First Presbyterian Church, holding tightly to my quarters safely tucked inside my offering envelope, I was excited to be on my way to Sunday School!  This was my church in Midland, Texas that I had known all my life, and even the strong aroma of the Pine Sol floors felt comfortably familiar.  Little did I know that my future husband, Burgess, was just down the street at Holy Trinity Episcopal Church singing “The Saints of God” song on his way to Sunday School.  How we got from West Texas to St. Dunstan’s here in Houston is an “epic” tale, and one I’d like to relate to you in my first blog as Children’s Ministry Coordinator.

I will start by saying that I have NEVER felt I was in control of my own life, and that I had an early knowledge that my life was most certainly being handled by God.  The Presbyterian church is one that preaches “predestination” meaning that everything is preordained by God.  Many families from our church had adopted babies from The Edna Gladney Home in Fort Worth.  Being only three days old, I was carefully carried by my new older brother from the nursery at Gladney so he could “give” me to my adoptive parents.  My mother always loved telling me that I was “meant to be” theirs.  That theory was confirmed as I grew up happily in what became a large family (my parents had two natural sons and adopted two more daughters).  I was very content in the knowledge that God had me in the palm of His hand.  (Meeting my birth father many years later is a blog for another day!)

In the meantime, Burgess’s family had moved away from The Tall City in 1973 when Shell moved all its employees to Houston.  His family lived in Greenwood Forest and were members of St. Dunstan’s when the Nave was what is now known as the Parish Hall.  He was confirmed by the Rev. Clark Lennard before moving back to Midland in 1977.  Our parents had known each other through the years, and Burgess and I had many friends in common when we began dating our Junior year at Midland High School.  I attended EYC activities at Holy Trinity with him, and we were later married in the church.

We started out together at Texas Tech University, but after one year transferred to The University of Texas in Austin.  Burgess graduated with a degree in Geology and began working for the state. I received my Elementary Education certification and began teaching at the school right down the street.  Our three children Shara, Susan and Kyle made our lives full but fun!  We were very active with PTA, scouting and at our church, St. Matthews.  I loved teaching Sunday school classes and singing in the choir, while Burgess was the Junior Warden during a time of growth and change.  Suddenly a job change moved us to Tyler, Texas in 2000. We left our oldest daughter, Shara, behind at UT and we were off to East Texas!

We loved the Piney Woods in this beautiful area of the state, and Tyler seemed just the right size!  St. Francis Episcopal became our home church – smaller in size from our former church, but we got to know everyone much easier. We were involved in many of the same church activities we had always enjoyed, but on a smaller scale.  I continued teaching second grade in Tyler and was deeply honored to be named Teacher of the Year at Owens Elementary in 2004-05.  But a promotion and job change for Burgess were on the horizon again! Leaving our younger daughter, Susan, at UT Tyler we were bound for the Houston area. (Instead of our daughters moving away to go to college, it seems we were in the habit of moving away from them!)

We landed in Spring in 2006 – familiar territory for Burgess, but new to me!  Kyle and I both began at Hassler Elementary – Kyle in 3rd grade, and me teaching 2nd.  I had just completed Open House and felt settled enough to start looking at churches.  Burgess was very interested in seeing how St. Dunstan’s had grown, so we headed out one bright morning.  Imagine my surprise as Fr. Rob greeted us saying, “Well, hello Mrs. Stengl!” I knew he must have been one of the parents I had just met at Open House but could not place his name! I sat down and started looking furtively around the sanctuary when I spotted little Matt Price.  Matt turned around and pinned me with a “deer in the headlights” look that was just priceless!  Fr. Rob told me later that Matt had said to him at communion, “Dad!  My teacher is here!”  Fr. Rob said, “I know!” The deal was sealed when on that same morning, Burgess ran into his father’s best friend, Walt Boyle. We knew then that St. Dunstan’s was the church for us!  Over the years, Burgess and I have both been on the Vestry, taught Sunday School, been active with Music, VBS, Foyers, Book Clubs, In His Steps etc. Kyle also had a great foundation in Sunday school, Youth Group, acolyting, and at Camp Allen.  Our four grandchildren have all been baptized at St. Dunstan’s as well, which makes this place so special to our whole family.

So, in 2017, after having happily taught elementary school for 32 years, I was ready to retire so I could help take care of our youngest granddaughter.  I was glad to be retired and available to help our daughter, Susan, with the grandchildren’s online education during the recent pandemic.  This has been a year that has tested our faith, but I never doubted that God had our backs.  When our granddaughter, Olivia, started Kindergarten in September, however, I was left pondering what my new purpose might be.  It was then the Children’s Ministry Coordinator position became open at St. Dunstan’s.  Could I possibly be considered for this important position?  Could all my years of teaching and experiences with children equip me to meet the needs of this community?  It seems that God was at work in my life once again, and I needed to be open to His plan.  It has been such a pleasure for me to join the staff at St. Dunstan’s at a time when we have welcomed a new and dynamic priest and are poised for growth.  As we gear up for an awesome VBS, and get ready for Fall classes, I am certain we are being guided by God’s hand.  There will be challenges and successes yet to come, but I want the children of St. Dunstan’s to have that same happy sense of anticipation as they skip down the halls to their Sunday School classes.  My dearest hope is for all our children to know a loving God as they grow in mind, body, and spirit and to be certain He will always have them in the palm of His hand.

I am delighted to be able to serve as the Children’s Ministry Coordinator here at St. Dunstan’s.  My duties include serving as the administrative leader for Children’s Christian Formation classes on Sunday mornings Pre-K through 5th grade, and coordinating seasonal activities such as the Epiphany pageant and Vacation Bible School.  A leader, however, is only as good as the volunteers that work with them.  Enlisting, training, equipping, organizing and encouraging volunteer Teachers and Catechists is a priority, and one that is essential to a vibrant children’s ministry.  During my 32 years as an elementary teacher I have nurtured and loved children, and I see my role as being a catalyst to make Christ a real and loving presence in the lives of children.  I know that with a firm foundation in Christ, there is nothing our children cannot achieve!

Our association with St. Dunstan’s began when my family moved to Spring in 2006, and I became an elementary teacher in Klein ISD.  My husband, Burgess, had been confirmed here in the 70’s so St. Dunstan’s, although much larger,  was familiar to him.  I quickly plugged into many different ministries including: In-His-Steps, Contemporary choir, Vestry member/secretary, Diocesan delegate, Feed My Flock, Foyers groups and ECW.  Working with children has always been my first love, so I was thrilled to be the ever present VBS music leader, and most especially the director of the St. Nicholas Choir!  It has been my privilege to watch as children have come through my little choir, and then be able to stay connected with them as a Youth group leader.  Our son, Kyle, enjoyed being an acolyte, his many mission trips, and experiences as a camper and counselor at Camp Allen.  Our older daughters, Shara and Susan, have also grown up in the Episcopal church, married, and given us four wonderful grandchildren to love. Kale, Kolbie, Ethan and Olivia have all been baptized at St. Dunstan’s which makes our connection here even more special. My roles as a wife, mother, grandmother and teacher have given me a distinct advantage as I segue into my role as Children’s Ministry Coordinator at St. Dunstan’s.  I am invigorated to begin this new career, and feel my whole life has prepared me for this role!

If you would love to work with children please click here to see our list of opportunities.  You can also call me at 281-440-1600 x117 Tuesday and Thursdays, or catch me Sunday mornings here at church! 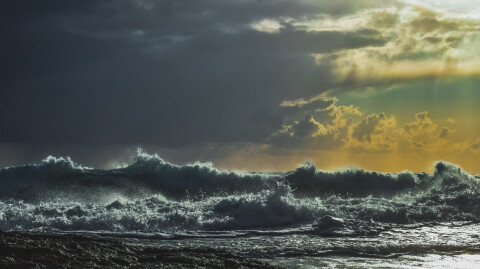 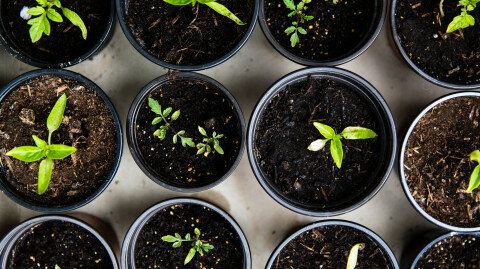 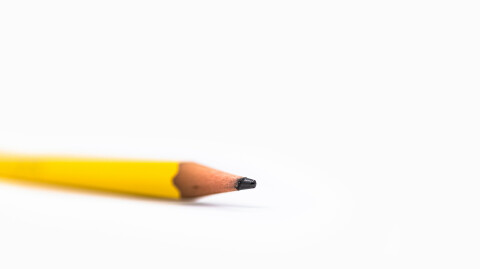