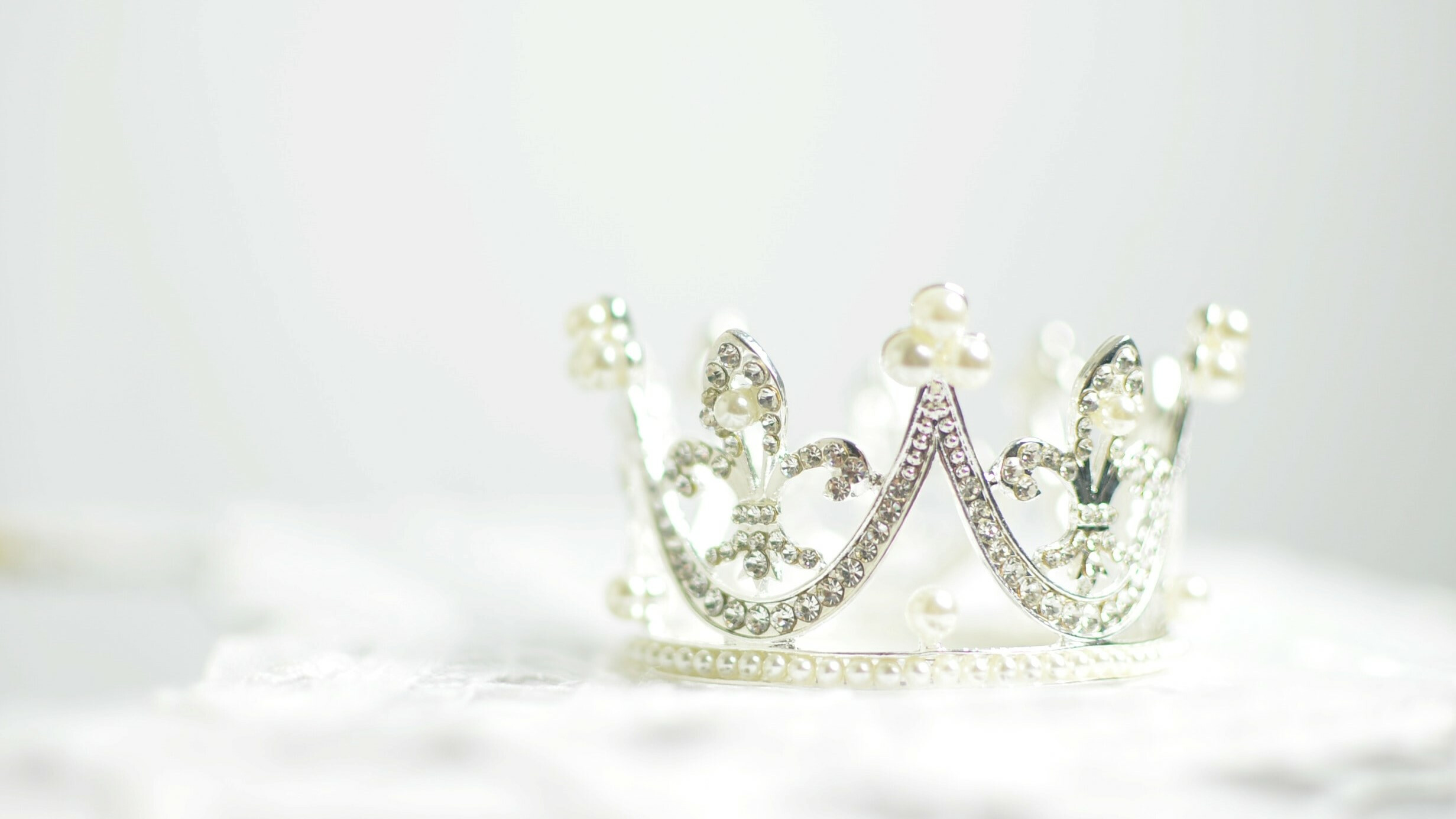 The Feast of Christ the King

TLDR: This week, as we celebrate the feast of Christ the King, I am thinking of the stark contrast between Jesus and other kings. It is at the cross, and not in a high and lofty palace, that we see most clearly the kingship of our Lord. I pray both you and I will come under his rule today.

The world is fascinated by the children of royalty. The media are busy documenting every second of their lives because they feel that ultimately these children belong to all and not just to their parents. In the case of Prince George, King Charles’ grandson and future monarch (after his father William,) there is almost no extreme to which the family and the nation will go to protect his health and security. George has sparked the imagination of the British people since 2013 and, even at his young age, many wonder what sort of King George will be, what sort of England he will rule, and world he will encounter when he takes his rightful place as King. From his birth to his Baptism as an Anglican, to his first spoken words and his physical and emotional development, England has watched this child closely, because its hopes will one day rest on him.

We as Americans have a difficult time speaking about kings with the same enthusiasm as the British people. We live in a democracy and not a monarchy. We stress individual rights and not the “rights of the crown.” And, we don’t have the emotional attachment the British people have to their royal family. This emotional attachment is such that the announcement of Prince George’s birth a few years back was classified as “the type of good news the country needs” and “the best news of 2013.” His birth was a story of hope and optimism. I can’t think of any birth in America that would create such powerful emotions. Having said this, many Americas are fascinated by the British Royal Family. We saw this when Queen Elizabeth died. Her death caused profound grief in many and her funeral was watched by millions around the country. Psychologists claim, “The royal archetype is part of our earliest consciousness and deepest fantasies... We look at the royal family and secretly we want to feel included in something monumental and important... We want to join them as distant relatives, and we feel we are a part of their shared history... Secretly, we all want our own Cinderella story. We want to be discovered. We want their life, fame and fortune. We want the respect and envy they inspire...” (http://health.howstuffworks.com/mental-health/human-nature/perception/psychology-of-the-royal-family7.htm).

On November 20th we will celebrate another, very different king. This is the feast of Christ the King and I cannot avoid thinking of the stark contrast between Jesus and other kings. First, unlike King Charles, Prince William, and Prince George, Jesus was not born in a great palace but in a humble manger. Second, Jesus had no opulence and privilege, but rather he was a humble and poor tradesman. Third, Jesus spent his life befriending the poor, the isolated, the oppressed, and the sinful. He did not have friends in high places, but rather delighted in the friends he had in low places. He did not travel in luxury, enjoy the respect of the mighty and powerful, rub elbows with the movers and shakers of the world, and was not vested with the outward signs of royalty. Lastly, unlike the crown the royalty wear in England, Jesus was crowned with a crown of thorns hours before he was killed. He was spat on, ridiculed, mocked, beaten, and crucified, and yet it is at this point of death on the cross that his kingship is most clearly and powerfully affirmed.

As Jesus is hanging from the cross, the soldiers cast lots to divide his clothing. The leaders scoffed at him, "He saved others; let him save himself if he is the Messiah of God, his chosen one!" The soldiers mocked him, "If you are the King of the Jews, save yourself!" And one of the criminals kept deriding him, "Are you not the Messiah? Save yourself and us!" On the cross there is a sign that reads, “This is the King of the Jews." Their statements all arrive at the same point, “If you are the Messiah, if you are the King, save yourself!” You may recall that this is the most powerful temptation of the Devil in the desert, “Avoid the suffering of the cross!” They all want Jesus to prove he is the King by walking down from that cross, triumphantly, victoriously, unharmed, and undisturbed. They all want a mighty king who shows his strength through supernatural powers. If Jesus is who he said he is, he must reject this cross, vindicate his honor, affirm his righteousness, shame his oppressors, and shake people free of their unbelief by revealing his true nature. He must conquer his enemies, punish his and the nation’s oppressors, and restore the fortunes of Israel. He must be more powerful than David! But because he refused to do these things, everyone thinks of him as an impostor!

Yet, in the Gospel of Luke this Sunday, there is someone who acknowledges that Jesus, the King, has the power to “remember” him when he comes into his kingdom/glory/power. The second thief freely accepts the consequences for his sin. He acknowledges his guilt and knows that death is the just punishment for his crimes. Yet, he addresses Jesus by saying, “Jesus, remember me when you come into your kingdom." He is willing to admit that Christ has a “kingdom,” and if he has a kingdom, then he is a “king.” Better yet, he believes this king will “remember” him. This king cares enough for him, a worthless sinner, to remember him! This sinner is willing to see the Christ dying on the cross, where others only see a poor, deluded impostor, who had the gull to call himself the Son of God, and the King of Israel. This man is willing to see the victory beyond the cross, while others can only see defeat and tragedy.

Martin Luther once said, “He who does not know Christ does not know God hidden in suffering ... God can be found only in suffering and the cross...” (Stoffregen in Crossmarks.com) It is when we are deflated and destroyed by suffering that we see God most powerfully in our lives. The thief is able to see Christ at a time when others have abandoned him, when he is the most despised, and there are few traces of his divinity. The recognition did not come when Christ was healing the sick, multiplying the bread, walking on water, or raising Lazarus from the dead. It came when sinner and Redeemer lay dying side by side.

Many in today’s Church want Christ’s divinity without his cross. They want Resurrection Sunday without Passion Friday. They want the escapism fantasies of the Prosperity Gospel. They forget that there is no salvation without the cross and no resurrection without death. Someone has said that the promises of the Prosperity Gospel are the same promises Satan uses to tempt Jesus in the desert. I believe there is truth in this. In many ways, we too try to avoid the cross and suffering of Christ by all means necessary. It is easier for us to see God when things are good and life makes sense. As long as Jesus is multiplying bread in our lives, we are comfortable and willing to accept his claim to kingship. But the moment suffering enters our life, many of us begin to doubt his claims and promises.

The repentant thief accepted Christ’s kingship even in the midst of his suffering and pain. I see in this a great invitation for the Church to allow Christ to reign in our lives. To be in Christ’s kingdom is to place our lives willingly and faithfully under his rule, and to abandon our lives to his mercy and grace, both in moments of victory and in moments of suffering.

May our King continue to bless us today and always, 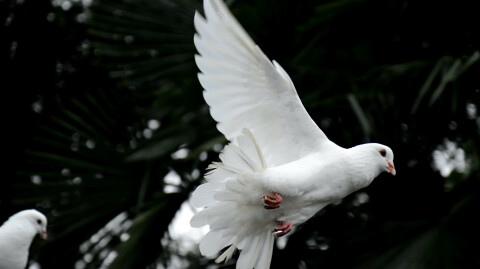 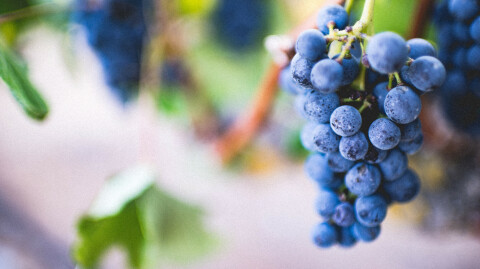 The Year of Matthew 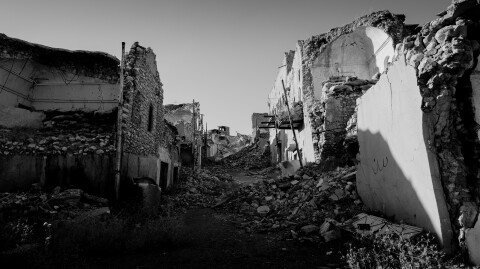 Echoes of the End