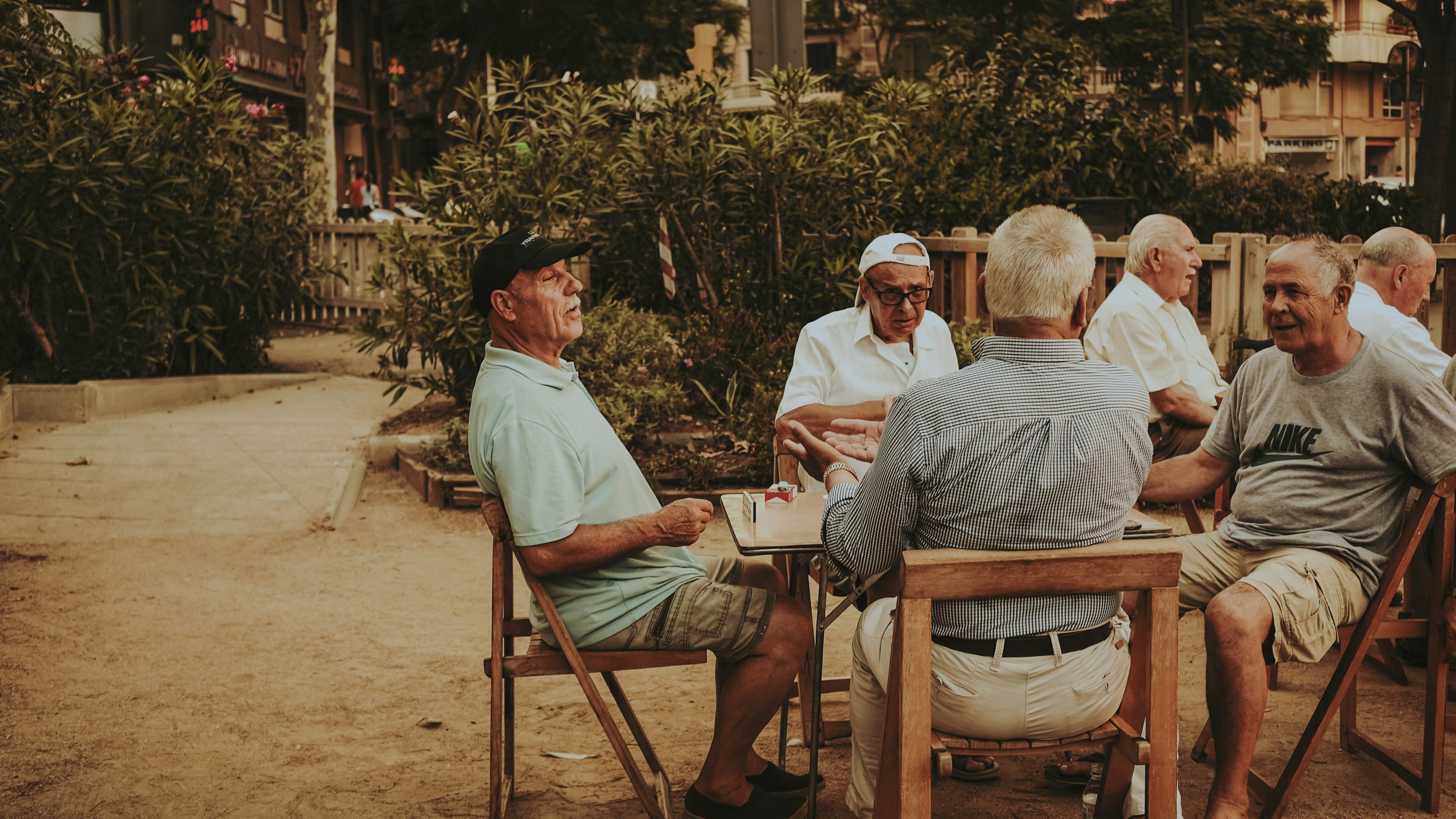 TLDR: Real Christian friendship can exist outside of politics and denominationalism.

I was at Holy Smokes, our amazing BBQ community engagement competition (4/30/2022,) when a parishioner asked me a question. She said, “I was reading a blog by Rod Dreher the other day and he mentioned living in a small town in Louisiana in 2011.” At the hearing of the blogger’s name my ears perked up a bit. Rod Dreher has been a journalist, writer, political commentator, author, and blogger for most of his adult life. He is a New York Times bestselling author and principal writer and editor for The American Conservative. I met Rod in 2011 when he moved to the home across the street from the Rectory of Grace Episcopal Church in Saint Francisville, Louisiana.

Rod and I agree in much, but we also disagree in much. Let me give you two examples: I share some of his political views, but profoundly disagree with his rabid anti-gay rhetoric. This is a personal issue for me, as I love deeply the members of my family who identify as gay. I also believe he has his finger to the pulse of America (and whether you agree with him or not, he is often right about his assessments and predictions,) but I profoundly disagree with his anti-Episcopal vitriol. He is a harsh critic of our Denomination, and many of his criticisms are right, but I find him dismissive and extremely biased in his assessment of Episcopalians. For example, he is completely unwilling to acknowledge that many of our churches are Bible-believing, Gospel-living, community-building churches. I have had the honor of serving three of these congregations, and where he sees corruption and a complete abandonment of the Christian Gospel, I see great honesty, commitment, and love of God/love of neighbor. Having said this, I respect Rod and his prophetic voice.

My parishioner continued her tale, “At some point, he made a reference to a Latino Episcopal Priest with whom he had a conversation about a known man in town who was quite a racist. It almost sounded like he was talking about you.” I answered her that Rod was probably talking about me, and I told her the story of my friend John. After I left Holy Smokes, I spent some time looking for the blog she was talking about. This was not as easy as it would sound because Rod is a prolific writer. On October 21, 2021, Rod published a blog called, “Friends And Ex-Friends,” which you can find here. The TLDR (Too long, didn’t read) for that blog could be, “Real friendship exists outside of politics. It is possible to disagree with another person’s political positions and still love them as friends.” I profoundly agree with this and have preached and written about it a number of times.

At some point, Rod writes the following, "Here’s a counter example. In my hometown, when I moved back in 2011, I met the man who had served as Episcopal priest for years there. He is a Latino immigrant. At some point I learned that he had been in a poker group with one particular man in town — a man who had since passed away. This old man was known for his far-right views, especially on race. I asked the Latino priest how on earth he managed that relationship. He said that the old man was all right once you got to know him. And I thought: Wisdom, let us attend! These two men — the Latino immigrant pastor and the white far-right retiree — were very far from sharing the same views on politics or anything else. But they shared the same town, and found a way to get along, somehow. I gained a lot of respect for that priest that day. I never knew the old white man, but I would not be surprised if the mercy of friendship that the Latino priest extended to him in their poker games changed his heart before he died. We can only hope."

Rod’s account of our chat is completely accurate, and I was grateful for the memory, since I had completely forgotten about this particular conversation. The answer to Rod’s question is this: Yes! Both I and my friend, The Judge, were much changed by our friendship. I was very blessed to visit him hours before he died, and I was a speaker at his funeral. This was possible because I never judged my friend, The Judge. And in all fairness, I never felt judged by him. In fact, we grew to respect each other in a profound way. He was a complex man who had spent most of his life serving the country he loved, although his record was tainted by his racist views on Civil Rights. He had been a prisoner of war who escaped his imprisonment hours before most prisoners were killed, and who earned a Purple Heart and was awarded the Bronze Star for his service. He was a jurist of renown who served in various political offices, both locally and nationally, representing Louisiana’s sixth District in Congress for four terms. He retired to Saint Francisville when his work was done because he remembered the town fondly after spending his college years at LSU and Tulane. His record in Congress is marked by his anti-race rhetoric and his criticism of Matin Luther King, Jr. Lastly, he is famous for supporting David Duke, the Great Wizard of the KKK in his campaign for Governor of Louisiana in 1991.

It would have been very easy to dislike John. Some of his comments were racist; he was no friend of immigration policies, regardless of which administration had approved them; and he was a critic of many politicians and intellectuals I respected. He was also a strong Baptist who doubted the salvation of anyone who was not a Baptist. Finally, he had many rough edges some folks in town found problematic (to put it mildly.) But there was another side of John, one that very few people took the time to understand and to appreciate.

He was a loyal friend who would go to any extend to do a friend a favor. He had a disarming sense of humor that was dry and irreverent (just the type of humor I like.) He was a phenomenal poker player from whom I learned many tricks and tells. He was a faithful church attendee who could always be found at the same pew every Sunday at his local church. Many of his very strong views on race softened over time, and he was willing to admit that “I was on the wrong side of that issue.” Perhaps most importantly, John loved our little band of misfits in our poker club, a diverse and eclectic group! I believe I was the first Latino he ever invited to his home for dinner, and he always sounded deeply interested in my stories and silly jokes. In short, in spite of all our remarkable differences, John and I had enough in common to build a profound friendship, and I think of him often. Although very brief (only about 9 months) our friendship existed outside of politics, and it changed both of us organically and over time. I grew to understand that I didn’t need to agree with John to count him as a friend. This friendship didn’t make me very popular with some, but I refused to villainize people I disagreed with. This just doesn’t fit within my understanding of Christianity.

I have been thinking about John this week and I am praying that Christians everywhere may find common ground between them and people who are different, perhaps as different as John and I were. Real Christian friendship can exist outside of politics and denominationalism.

Please talk to me if you disagree with my views in this blog. I am praying for you, 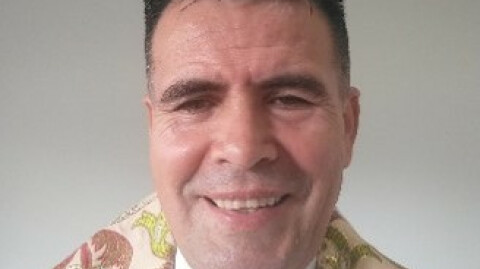 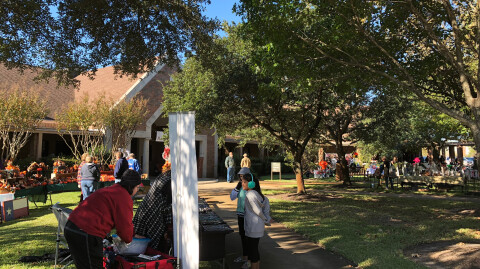 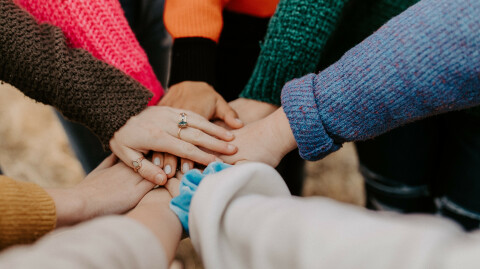