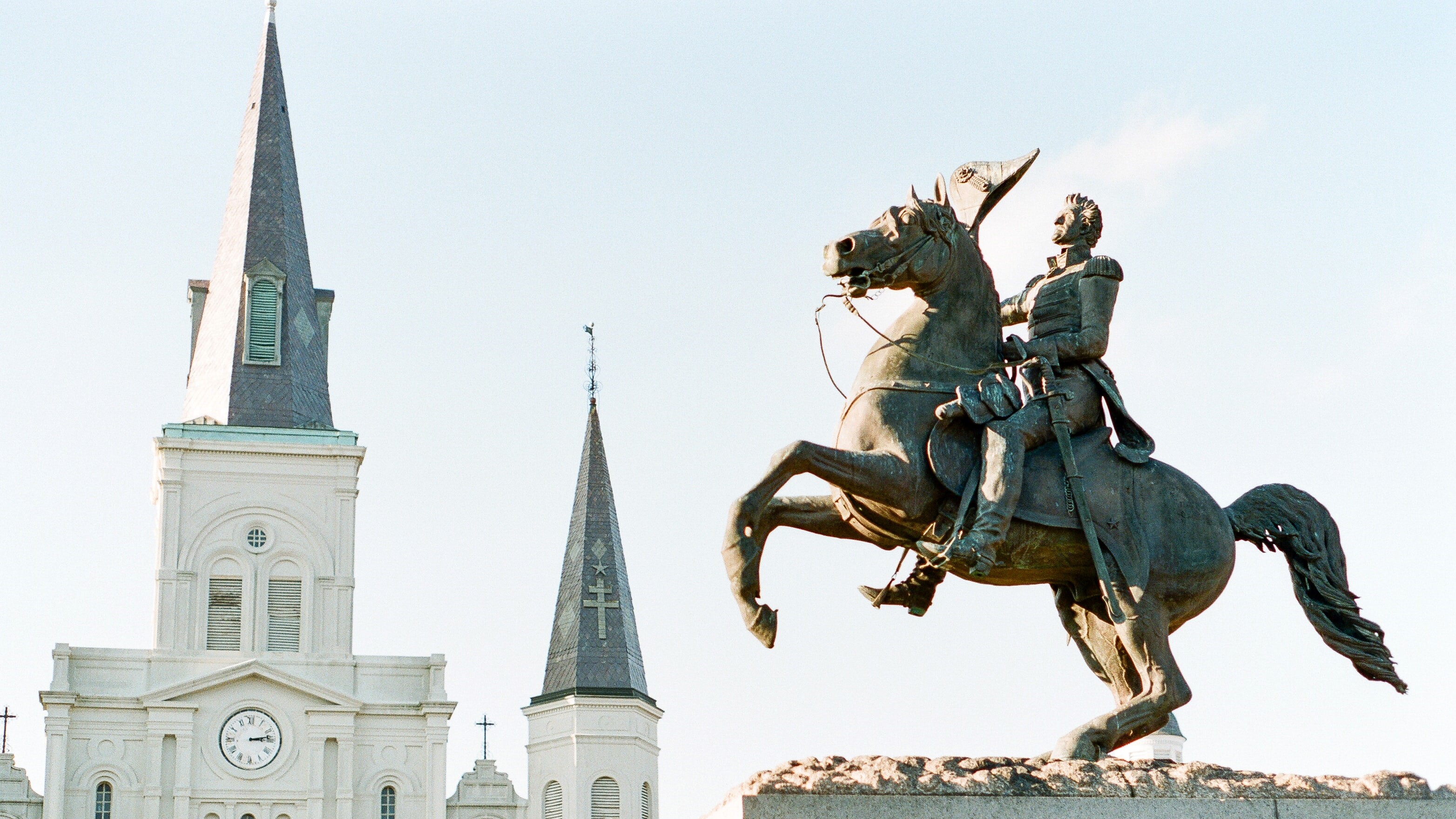 Leadership as a vocation is something for which we prepare throughout our lives: Education, progressive experience, training programs, and networks of supporters and mentors. We recognize these leaders when we see them and many of their skills and behaviors are very attractive to us. We aspire to be like them, and we seek to emulate their practices. In that sense, most of us who have the honor to lead “walk on the shoulders of giants.” There were countless people who contributed to our life and helped us become the leaders we are today. These giants may have been parents, teachers, colleagues, supervisors, or friends, and they are often completely unaware of the impact they had on our lives. If you were able to tell them how much they helped shape the person you are today, they most likely would tell you, “I was just doing my job!” They were at the right place and time, just when you needed them the most.

This is the story of my friend, Bishop Charles Jenkins, currently on palliative care, fighting courageously against cancer. Consecrated as the Tenth Bishop of the Diocese of Louisiana in 1998, Bishop Jenkins went about his ministry in much the same way other bishops go about their business. He engaged in parish visits, did confirmations, ordained people to the clergy, participated in House of Bishops meetings, and represented the National Church in the Anglican Consultative Council in early 2005. Like many of us who have been in ministry for a while, he became a technocrat, deeply concerned about proper liturgical and canonical actions. This is how he described his ministry, “I thought Christianity and priesthood were primarily about the cult. And doing the actions correctly -- holding my fingers correctly at Mass, not wearing brown shoes when celebrating the Mass. That it was about getting all those things right. And I was missing the larger picture of the dignity of humanity and the world for whom Christ died." (Times Picayune, Jan 18, 2009. Full Article.)

All of this changed when awash in tears at a friend’s house in Baton Rouge, he witnessed the horrendous scenes of poor, stranded, hungry people in New Orleans, begging for help on national television after Hurricane Katrina. Suddenly, Jenkins felt convicted. He had spent seven years of his ministry as Bishop “focused more on the well-being of his predominantly white church than his predominantly black city,” (Ibid.) The 18,000-member Diocese was composed of people who were mostly affluent, white, and well-educated. Jenkins, like so many others, had become institutionally preoccupied and had not done enough to alleviate the plight of so many in his beloved city. Jenkins himself was coming to terms with the fact that his family had just lost their brand-new home in Slidell, having slept in it just a few nights before the hurricane washed it away. Now, the Bishop was coming to terms with a new reality: As Bishop, he needed to do more for his community. To do this, he first had to re-orient the entire Diocese to focus on the mission that laid outside the doors of their ornate churches. It was time for Episcopalians to face their communities.

Hurricane Katrina plunged New Orleans and coastal towns in Mississippi and Alabama into one of the worse crisis situations in decades. The hurricane (Which formed on August 23, 2005 and landed in New Orleans on the 29th) claimed the lives of over 1800 people, destroyed tens of thousands of homes, and was described as the costliest natural disaster in US history. The devastation and senseless loss of life and property was immense. The hurricane leveled entire sections of New Orleans, and there was no quarter of the city that wasn’t affected, although poor communities suffered disproportionally in comparison to affluent communities.

Katrina forcefully pulled away the mantle of Southern gentility that covered centuries of systematic racism and inequality in the city. The most affected towns, whose infrastructure was deplorable, housed thousands of mostly Black residents who had been underserved for decades by the city and the State. Their schools were some of the worst in the nation, they had little access to healthcare in their communities, roads had more potholes than cemented areas, and substandard housing was the norm. Ironically, just several blocks away laid the famous French Quarter with all its excess and opulence. While some had let “The good times roll” for decades, the lives of the people who served them in the Quarter were as precarious as the lives of people in Third World Countries. Suddenly, all these homes were washed away, and the uninsured homeowners found themselves in shelters with no place to go. Those who remained after the exodus out of the city, found themselves in tents or homeless.

Bishop Jenkins stepped into the scene and quickly created Jericho Road, an affordable housing coalition that built dozens of homes for those made homeless by the storm. Additionally, he reorganized the charitable contributions from around the world into a social services organization called Episcopal Community Services. In a radical move, he staffed this agency with Black community leaders and advocates who were deeply concerned for the city. His friendship with Jerome Smith, a former Freedom Rider from the Civil Rights era, has been well documented. Together, Jenkins and Smith walked through Tremme, and the Lower 9th and 6th Wards. “Smith, a sometimes fiery activist in whom Jenkins sees a gentle soul, has become one of the bishop's principal guides into New Orleans' poor African-American culture, a landscape Jenkins said he previously glimpsed but did not understand,” (Ibid.)

Many churches followed the Bishop’s march into the inner city, creating incredible ministries for the least and the lost in their communities. I was fortunate to know and befriend several of these faithful pastors. Others felt abandoned by the Bishop, whom they saw as inaccessible and unconcerned with their parochial needs. Jenkins himself acknowledged that his priorities had radically changed. Soon, however, the tremendous burden of leadership under painful circumstances took a toll on the Bishop. He was diagnosed with severe Post Traumatic Stress Disorder barely two years after the storm. Yet, aided by therapy, medication, and community support, Jenkins remained Bishop until 2009, becoming a well-known advocate for affordable housing and social welfare programs. In 2009, he testified before “The House Committee on Transportation and Infrastructure on the impact of ending the Disaster Housing Assistance Program for those displaced by the storm.” By then, his ministry was coming to a close, as his symptoms had become overwhelming and doctors recommended early retirement.

I have been blessed to call Charles Jenkins my Bishop, my parishioner (he retired in Saint Francisville, where I was Rector,) and my friend for twelve years. Please keep this modern-day saint in your prayers as he prepares to be called home to his beloved Savior. 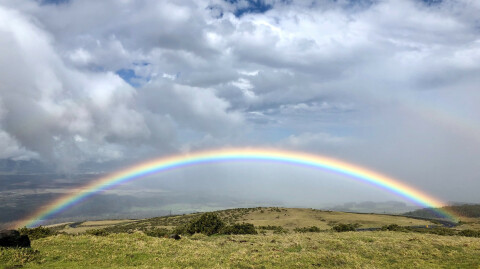 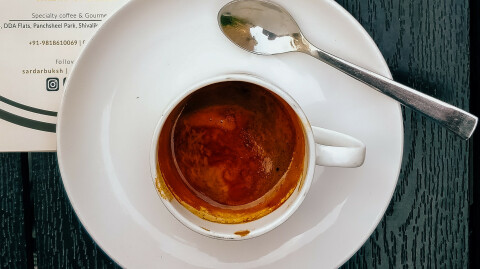 A Few Silly Questions Before the New Year 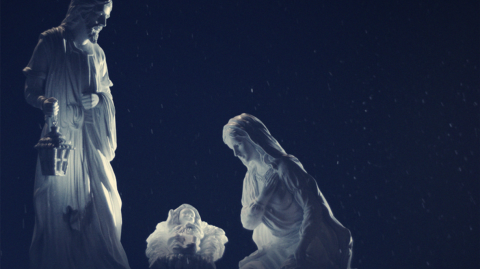