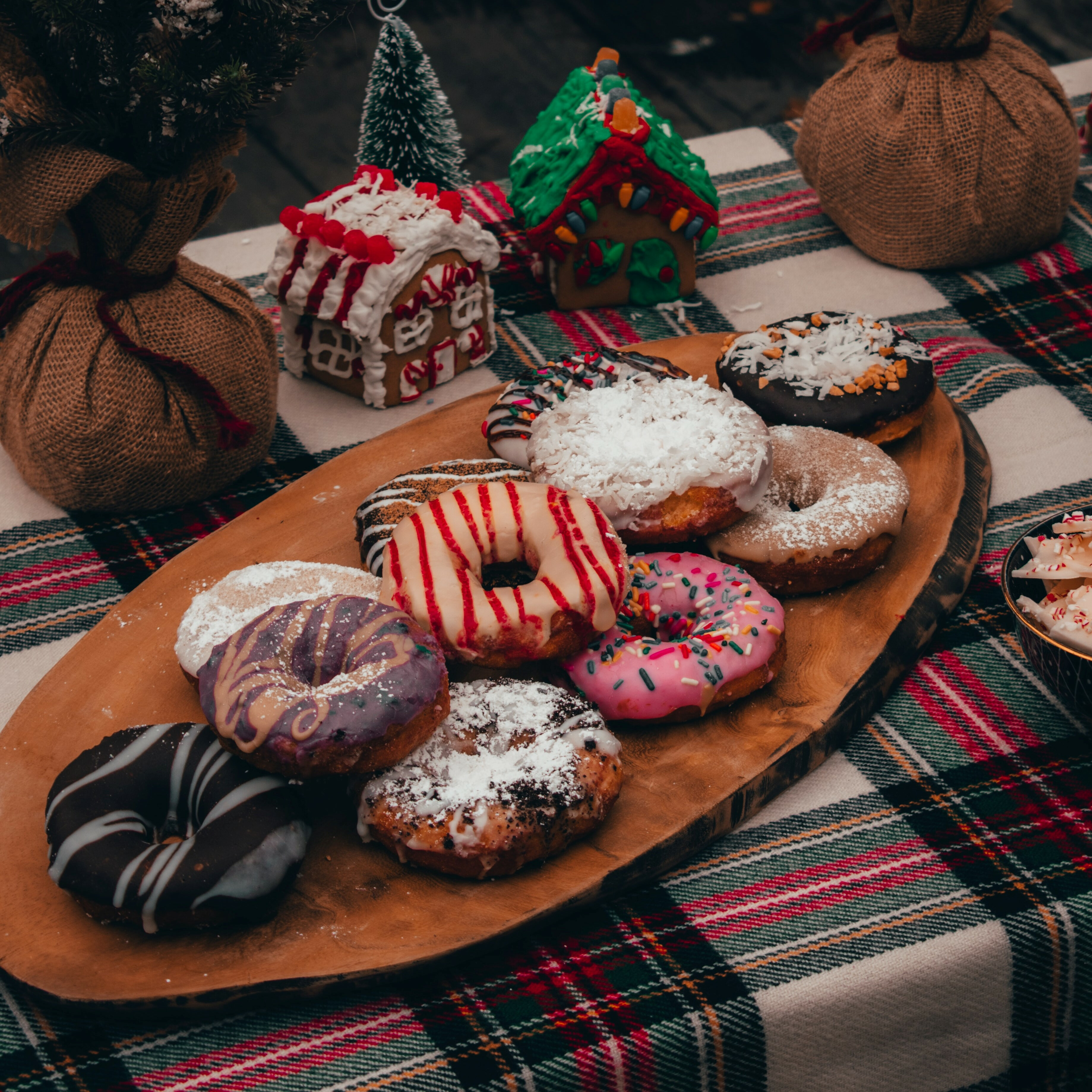 Who was the real St. Nicholas?

As a little girl growing up in west Texas, Christmas Eve was my favorite night of the year!  Our tradition was to open one gift on Christmas Eve (always pajamas).  After leaving cookies and a Coke out for Santa Claus we would be off to bed, doing our best to stop scratching from the new pajamas and calm down enough to go to sleep.  We were not allowed to get out of bed the next morning until Santa got on the intercom speaker and loudly exclaimed throughout the house, “Ho, Ho, Ho, – Merry Christmas!!” At this signal my brothers, sisters and I would race down the long hallway toward the living room.  Inevitably, my father would be standing there in his robe holding a mug of coffee and proclaiming, “I just saw him leave!!” Santa always succeeded in making a fast get away!

On December 11th, St. Dunstan’s will be hosting a community wide event called Breakfast with Saint Nicholas.  One of the activities we have planned is to introduce the Godly Play Story of Saint Nicholas of Myra to the children who attend.  According to Jerome Berryman, author of the Godly Play curriculum, Nicholas was once a little boy who wanted to give presents to the baby Jesus but couldn’t because Jesus had died long before he was born.  Nicholas grew up to be a bishop and saw the Christ child in EVERY child.  Being very shy, he began to give presents to poor children on Christmas Eve secretly – sometimes down the chimneys, dropped through a window, or left by the door.  He was beloved by the people and when he grew too old to give communion, the people would carry him to church.  When St. Nicholas died, gifts continued to appear in people’s homes! His story spread to Russia where there is lots of snow. The Emperor of Russia made Nicholas the patron saint of his country.  The story traveled to Finland, Sweden and Norway where reindeer live. St. Nicholas was called “Sinterklaas” (Sint=Saint; Klaas=Nick), where we get the name “Santa Claus”.  When the Dutch came to America, they brought the story with them. Presents began to appear here too and continue to this day!

This is a lovely story for children, especially because one of our parishioners will appear as “Saint Nicholas” dressed in bishop vestments to meet the children!!  This brief history, however, only served to make me curious to know more about this beloved saint. I have discovered that St. Nicholas was a bishop of Greek descent and lived in what is now modern-day Turkey during a turbulent time in Roman history. He was born to wealthy Christian parents in 280 A.D., but when he became a priest gave away his inheritance and roamed the land helping the sick and poor.  As Bishop of Myra, he was reputed to be among the participants of the First Council of Nicaea in 325 A.D.  St. Nicholas was a staunch supporter of Trinitarianism and signed the Nicene Creed.  He is the Patron Saint of children, sailors, merchants, archers, repentant thieves, prostitutes, brewers, pawnbrokers, unmarried people, and students.

There are many stories that highlight his concern for his fellow man and help explain why he became known as “Nicholas the Wonderworker” and the patron saint of so many different groups.  In one story, he saved a poor man’s three daughters from prostitution when their father did not have money for their dowries.  St. Nicholas threw a pouch of money through their window three different nights to save the daughters from ruin.  Another account tells of his journey to the Holy Land.  On the ship home, they ran into a terrible storm.  Nicholas caused the storm to cease which saved the lives of all the sailors onboard. In another somewhat gruesome account, there was a terrible famine in the land.  The local butcher lured three children into his shop, killed them, and put their bodies in a barrel of brine to sell as pork.  St. Nicholas resurrected the children by making the Sign of the Cross.  On another occasion, he saved the lives of three innocent men when he discovered that one of the jurors had been bribed.  He arrived just in time to push the sword away, then publicly chastised the juror.  (Notice the number three being quite prominent in these stories which is symbolic of the Trinity).

Unfortunately, St. Nicholas was cast into prison during the persecution of Christians but was later released by Constantine.  He died in 343 A.D. and is entombed in a burial crypt in Bari.  He was canonized as a saint in 1466. Miraculously, every year on his Feast Day, December 6th, a vial of myrrh is extracted from his sarcophagus.  As a result, vials of this myrrh have been taken all over the world, where his legend lives on.  Whether you call him St. Nicholas, Sinterklaas, St. Nick or Santa Claus, we all know that the tradition of gift giving, love for our fellow man, and faith in Christ continue to be the lasting gifts of his legacy. 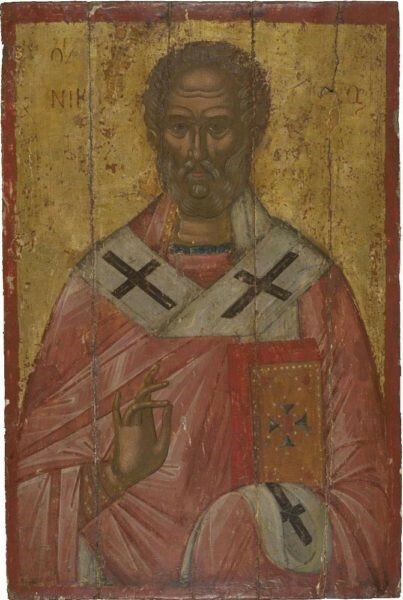 I am delighted to be able to serve as the Children’s Ministry Coordinator here at St. Dunstan’s.  My duties include serving as the administrative leader for Children’s Christian Formation classes on Sunday mornings Pre-K through 5th grade, and coordinating seasonal activities such as the Epiphany pageant and Vacation Bible School.  A leader, however, is only as good as the volunteers that work with them.  Enlisting, training, equipping, organizing and encouraging volunteer Teachers and Catechists is a priority, and one that is essential to a vibrant children’s ministry.  During my 32 years as an elementary teacher I have nurtured and loved children, and I see my role as being a catalyst to make Christ a real and loving presence in the lives of children.  I know that with a firm foundation in Christ, there is nothing our children cannot achieve!

Our association with St. Dunstan’s began when my family moved to Spring in 2006, and I became an elementary teacher in Klein ISD.  My husband, Burgess, had been confirmed here in the 70’s so St. Dunstan’s, although much larger,  was familiar to him.  I quickly plugged into many different ministries including: In-His-Steps, Contemporary choir, Vestry member/secretary, Diocesan delegate, Feed My Flock, Foyers groups and ECW.  Working with children has always been my first love, so I was thrilled to be the ever present VBS music leader, and most especially the director of the St. Nicholas Choir!  It has been my privilege to watch as children have come through my little choir, and then be able to stay connected with them as a Youth group leader.  Our son, Kyle, enjoyed being an acolyte, his many mission trips, and experiences as a camper and counselor at Camp Allen.  Our older daughters, Shara and Susan, have also grown up in the Episcopal church, married, and given us four wonderful grandchildren to love. Kale, Kolbie, Ethan and Olivia have all been baptized at St. Dunstan’s which makes our connection here even more special. My roles as a wife, mother, grandmother and teacher have given me a distinct advantage as I segue into my role as Children’s Ministry Coordinator at St. Dunstan’s.  I am invigorated to begin this new career, and feel my whole life has prepared me for this role!

If you would love to work with children please click here to see our list of opportunities.  You can also call me at 281-440-1600 x117 Tuesday and Thursdays, or catch me Sunday mornings here at church! 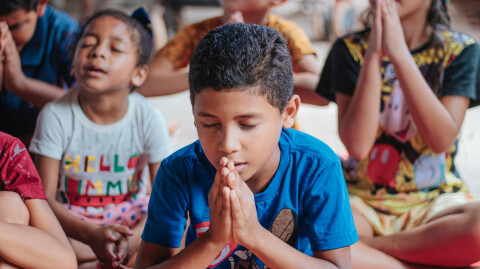