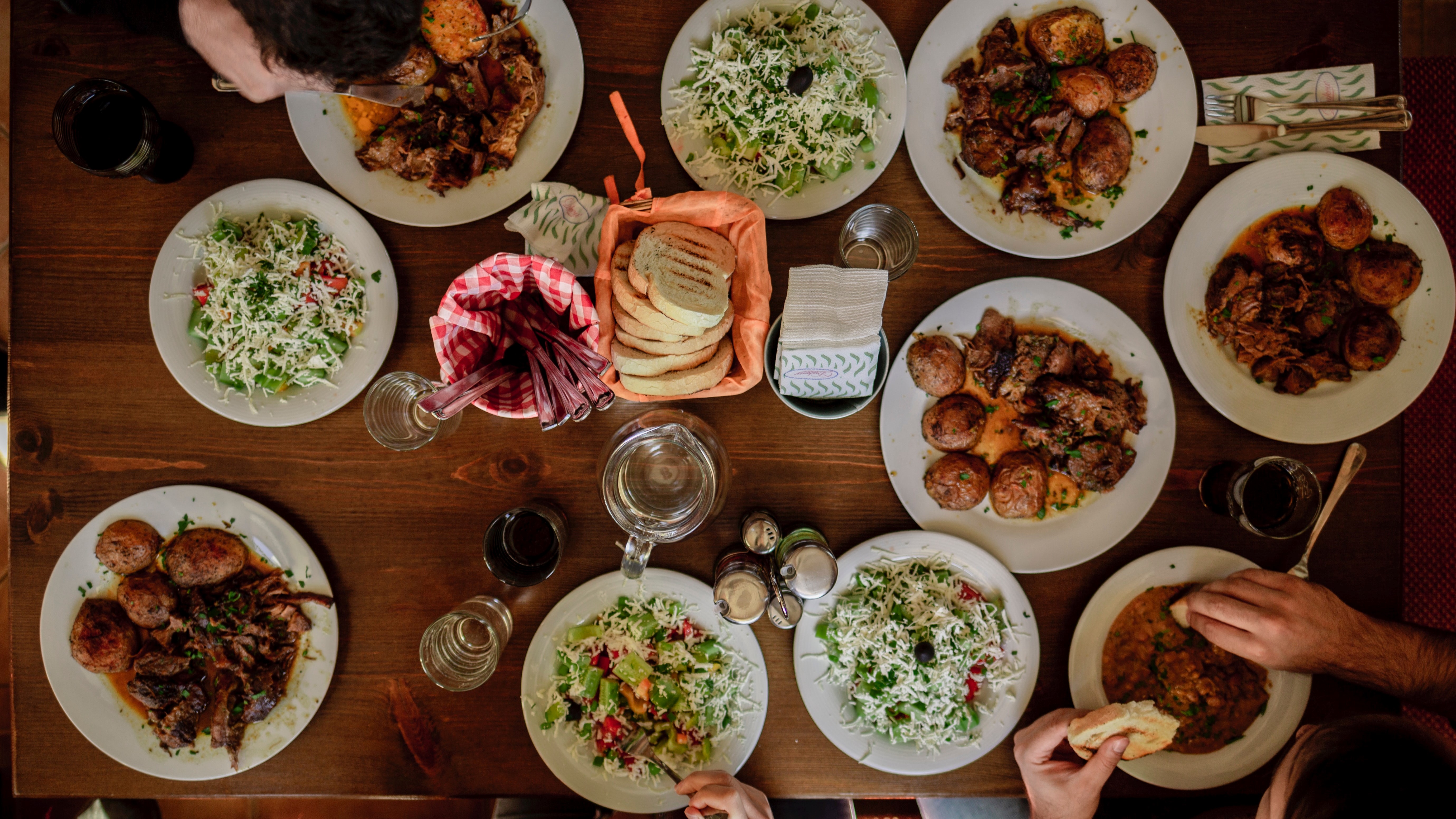 Everyone around the large table took turns listing at least one thing for which they were grateful that year. One by one, each person talked about children, schools, pets, new jobs, recovery from illnesses, and other events in their lives worthy of mentioning. Near the end of the table, on the right side of the host, a young teenager sat nervously waiting his turn. As others spoke about blessings, his mind remained fixed on everything he had lost that year, especially the death of his closest friend to suicide. He felt grateful for nothing at that particular moment, including his own life, which he often felt was going nowhere.  He loved the people around the table, but his pain was so deep that even their presence in his life felt insufficient. He felt alone in the universe.

He hated that these family meals had become so centered on these proclamations of thanksgiving. This had not always been the case. For years, the host would say a prayer at the beginning of the meal, after which the guests were invited to just eat and interact with each other as they saw fit. But three or four years before, an older sister decided that a new ritual would be introduced. After the awkward first meal, everyone had gone along to get along, many of them play-acting to appease the domineering sister. It was well-known that most of the thanksgivings mentioned around the table had never happened. Yet, everyone continued the ritual to avoid the sister’s irate accusations. She was inflexible and had grown used to always having things go her way. This little ritual was important to her, and no one in their right mind refused the opportunity to share how blessed they felt, whether the blessing was real or imagined.

As guests took their turn, the young teen reviewed his options in his mind: He could refuse to answer and deal with the consequences later, he could make something up about school, or he could simply tell the truth: He couldn’t think about anything to be grateful for, he felt like dying, and he often thought he was losing his mind. He wasn’t sleeping well, he had no appetite, and he had been avoiding his friends for months, which made him a loner. As the invisible talking stick came closer to him, the boy’s anxiety began to rise.

By the time it was his turn, the boy simply said, “I am grateful that all of you feel so incredible grateful.” His older sister gave the boy the “death glare,” and everyone around the room turned eerily quiet as they waited to see what would happen next. Suddenly, an anxious laugh was heard coming from the head of the table. The host saw the humor and sadness in the boy’s comment and broke the tension in the room with her laugh. Others joined in and after a while even the demanding sister was laughing.

Throughout the rest of the meal the boy reflected on the importance of rituals in the life of every family and group. Rituals, like the annual family meal, bind members of a group in a common experience important to them. They highlight what’s central and meaningful about life in community, and overtime become identity markers which determine who belongs and who doesn’t belong. Sadly, sometimes traditions get highjacked by a member of the group who introduces new practices into the ritual. These practices then become normative for the whole group and overtime people forget what the initial intent of the event was to begin with.

This was the case with the annual family meal at the teen’s home. People forgot that the initial intent for the meal was to welcome the new calendar year as a family: To eat, drink, laugh, and enjoy each other’s company one more time before the old year gave way to the new. Suddenly, the new focus of the meal became verbal eloquence and flowering speech, as one guest tried to outdo the last. Impassioned speeches about blessings and thanksgivings gave the meal an aura of religiosity, but secretly most members of the family resented the practice and mocked it in private. Eventually, the meal became a stressful event where people were expected to perform for the host’s daughter.

This coming Sunday, Jesus and his disciples will refuse to play along. They are at a meal, and they begin to eat without the ritual cleansing of hands expected by all. The Pharisees noticed this behavior and exclaim, “Why do your disciples not live according to the tradition of the elders, but eat with defiled hands?” Jesus calls them, “Hypocrites,” and quotes Isiah 29:13 to them, “This people honors me with their lips, but their hearts are far from me; in vain do they worship me, teaching human precepts as doctrines.” In a way, Jesus’ accusation of hypocrisy is pointing to profound questions, “What was the initial intent of ritual cleansing? Was it to prevent the person from becoming polluted (or sick) by food eaten with unclean hands? Why do we really do what we do? Have we come too far from the original intent of our rituals and practices?”

The cleansing rituals were not necessarily derived from Holy Scripture but from the teachings of wise Rabbis through the centuries. These “Teachings of the Elders,” were oral traditions passed from generation to generation, which at some point were written down in the Jewish Mishna (first part of the Talmud, a Jewish commentary about the Law.) Apparently, the ritual washing that Jesus and his disciples were failing to do came directly from these oral traditions. This particular tradition may have started as the Rabbis reflected on Exodus 30:17-21 and other passages from the Torah or the Law of Moses. The passage says,

The LORD spoke to Moses: You shall make a bronze basin with a bronze stand for washing. You shall put it between the tent of meeting and the altar, and you shall put water in it; with the water Aaron and his sons shall wash their hands and their feet... They shall wash their hands and their feet, so that they may not die: it shall be a perpetual ordinance for them, for him and for his descendants throughout their generations.

In the case of ritual cleansing, it had first started as a priestly liturgical duty for those in charge of the Tabernacle in the tent of meeting. The ritual washing related to eating was an application of a priestly rule to the entire nation and to every occasion of eating and drinking. The original intent was purity before the Lord and not the prevention of illnesses. The Pharisees of the day were fastidious about rules related to eating and drinking, while approaching the Lord with tainted and uncleansed hearts. While in the presence of God’s Messiah, they worry more about external rituals than worshipping, accepting, and loving God’s Son standing in front of them. They had forgotten the real intent of the Law which was to help the people of God love and honor God with all their hearts, minds, and souls. The divine intent was now an arduous set of rules meant to pacify the religious authorities of the day. Jesus highlights the lack of nexus between their rituals and the internal inclination of their hearts. Ritual cleansing was about God, not about a well-orchestrated set of practices to appease the proverbial older sister.

How about our own rituals? Why do we do what we do? If the answer is “To give God the honor and glory that belongs to God and God alone,” then we must proceed. If the answer is, “Because Fr. Roman wants it that way, or because this is the way we have always done it,” then I invite all of you to challenge and re-orient those practices. 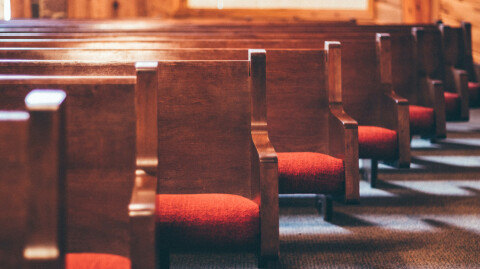 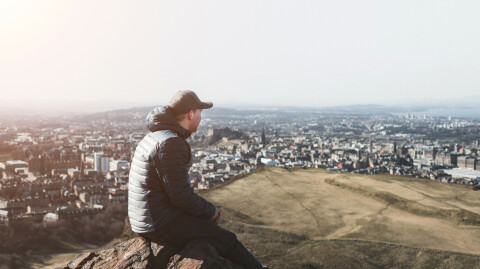 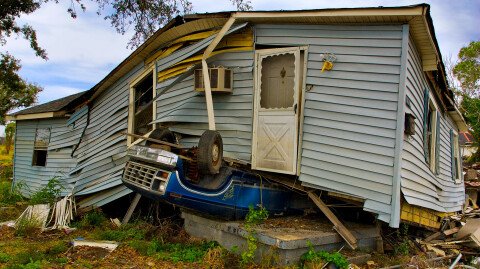